Inter Milan are understood to be keen on making a move for Liverpool midfielder Lucas Leiva, who was earlier subjected to transfer interest back in the summer. 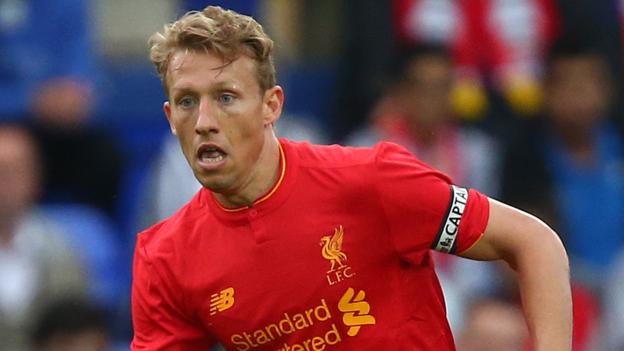 Lucas revealed a few weeks ago that it was Liverpool who prevented the move, as they felt that a transfer would have severely weakened the team in the midfield. It has proven to be the case, as Lucas has not been without first-team opportunities. He has started three Premier league games, but the Brazilian midfielder would be right to expect that he will be getting even more first-team action at a club like Inter Milan.

Even though Inter have been going through a lot of difficulties in the last five years, the club have the basis for success in the Italian Serie A. Bringing in an experienced professional like Lucas will be a major advantage. He has played in more than 300 games for the Merseyside outfit since coming to the club in 2007. Most of his starts under JurgenKlopp have been as a substitute.

As the longest serving player at the club, it is highly likely that Liverpool will not be exorbitant in their demands for Lucas should the player be willing to make the switch. However, it will still rely upon the possibility of the club bringing in a replacement for the Brazilian before the end of the January transfer window. The last time Lucas made more than 40 appearances in a campaign was back in the 2010-11 season.