https://pbs.twimg.com/media/FAjtl96XoAAvnEW.jpg
Italian Serie A capital club Lazio have recorded their first win in the Europa League this season following the straightforward win over Russian Premier League club Lokomotiv Moscow.
Lazio were drawn in Group E as far as the Europa League group stage is concerned this season alongside Lokomotiv Moscow, Turkish Super League giants Galatasaray and French Ligue 1 side Olympique Marseille in what was seen by many as the Group of Death. 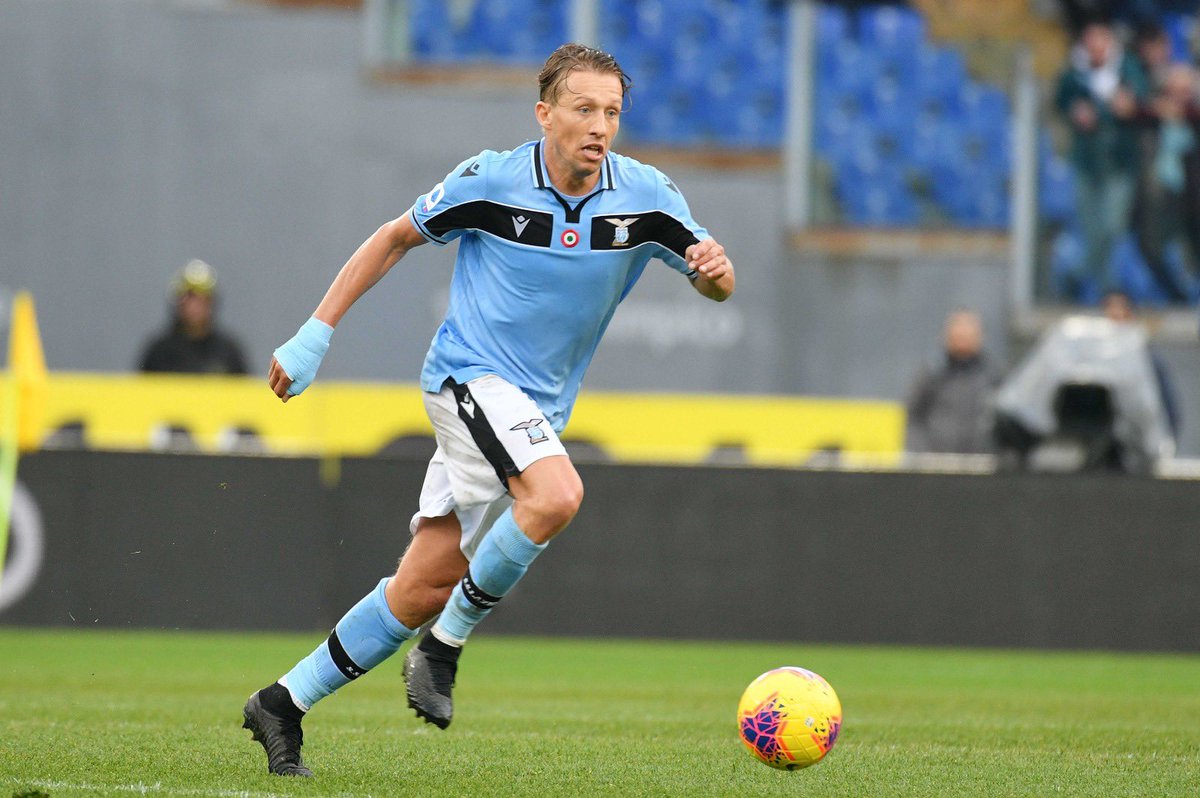 In their first group game, Lazio were beaten 1-0 by hosts Galatasaray. The lone goal was an unfortunate own goal from Lazio goalkeeper Tomas Strakosha. The Albanian shot stopper put through his own net midway into the second half to hand Galatasaray the points on offer. At the end of the first set of games in Group E, Lazio trailed others thanks to the defeat to Galatasaray. Lazio were fourth and last in the group behind Marseille, Lokomotiv Moscow and leaders Galatasaray in that order.

Lazio manager Maurizio Sarri and his players boosted their hopes of making it to the round of 16 from a tough group with the 2-0 home win over Lokomotiv Moscow. The Rome-based outfit did the damage in the first half with the two goals. Croatian midfielder Toma Basic scored the first goal of the game on 13 minutes before Patric added a second goal seven minutes from the interval. The goals from Basic and Patric gave Lazio a 2-0 lead at the break and that was how the scoreline was maintained until the end of the game.
After the exertions from the Rome Derby last weekend, Sarri opted to rest some of his players for the Lokomotiv Moscow clash including Lucas Leiva. Brazilian international Lucas Leiva is one of the most experienced players in the Lazio team. Lucas Leiva didn't feature against Lokomotiv Moscow until the hour mark when he came on for fellow midfielder Daniel Cataldi.
Lazio made it two successive wins in all competitions with the victory over Lokomotiv Moscow on Thursday night. They had earlier beaten rivals AS Roma 3-2 at home in the Rome Derby on Sunday to start the current winning sequence. The win over the Russians moved them to second place in their group.