Merseyside outfit Liverpool Football Club have decided to part ways with their old-time training ground Melwood ahead of a switch to Kirkby, their new facility. 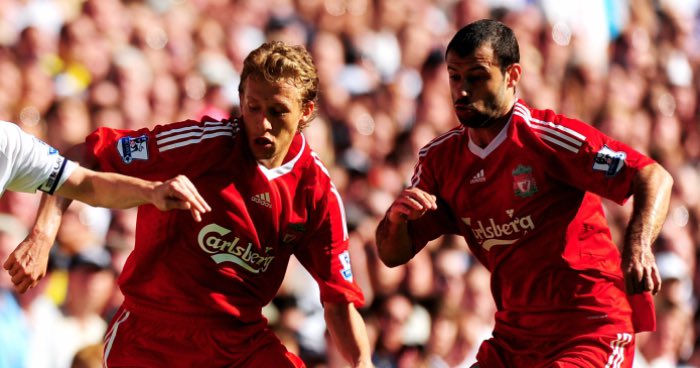 The Reds have made use of the Melwood ground which is located in West Derby since as long as the early 1950s. The ground is one that is held close to the heart of a couple of former players that have donned the Liverpool shirt in the past.

One of those former players is Lucas Leiva, the club's former Brazilian midfielder. Lucas spent ten years playing for Liverpool between 2007 and 2017, before finally securing a move away.
In the wake of Liverpool's announcement of a switch of base from Melwood to Kirkby, Lucas has taken to Twitter to bid his farewell to Melwood, as well as being in a reminiscent mood about how much of a great time he had there, and how incredible the workers there were.
I'm his tweet, he recalled that he spent a decade calling Melwood home, and also hailed the character and quality of those who worked with him during his playing days at the club.
He heaped praises on the workers including the security guards, the players' liaison, the press office, the kitchen workers, and of course, his former team-mates.
He also proceeded by saying he's sure that Kirkby will become home just as much as Melwood was.
The new training ground will go by the name The AXA Training Centre, as the facility is under the sponsorship of AXA, a French insurance company.
In the ten years he spent at the club, Lucas Leiva amassed 247 Premier League appearances, winning 134 games and losing 56. He also scored one goal for the club and recorded set up his team-mates 14 times for the club during his time there.