Lazio midfielder Lucas Leiva has admitted his love for Anfield after the Brazilian international said that he missed the place so much. Lucas Leiva made this known in his reply to the picture posted by former Liverpool teammate Luis Enrique on his official Instagram account. 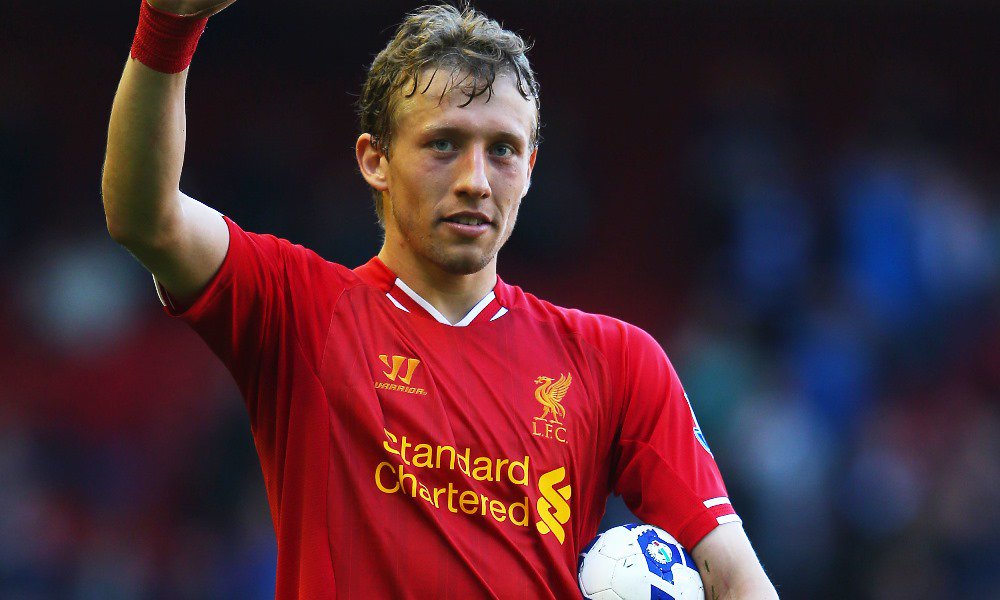 Liverpool fans were impressed with the response of Lucas Leiva to the picture posted by Luis Enrique during the recent Champions League game between Liverpool and Spanish champions Atletico Madrid. Spanish player Enrique posted a photo of him alongside Liverpool manager JurgenKlopp and Atletico Madrid striker Luis Suarez after the big Champions League clash between two of the best teams on the European football scene.

Luis Suarez was a teammate of both Luis Enrique and Lucas Leiva at Liverpool.

For the game, Liverpool booked their place in the Champions League round of 16 thanks to the 2-0 win over Atletico Madrid in Group B. The Reds were able to maintain their perfect start to this season's Champions League campaign via the straightforward victory over their Spanish opposition.

Sadio Mane and Diogo Jota were the goalscorers for Liverpool, with England international right-back Trent Alexander-Arnold providing the ammunition for the two goals in the first half. The game as a spectacle was over in the final nine minutes of the first half when Brazilian defender Felipe was sent off for two yellow cards in bizarre fashion. The second yellow card was issued to the Atletico Madrid player after he failed to heed the call from the centre referee Danny Makkelle. A lot of the Atletico Madrid players were not happy with the level of bias shown by the Dutch referee towards the Liverpool players.

Atletico Madrid had earlier finished the first game against Liverpool this season with ten men after Antoine Griezmann was given his marching orders in the second half. Liverpool won the game 3-2 thanks in part to their numerical advantage.