After a relatively successful first year at Lazio, Maurizio Sarri now looks to continue developing his work with the Biancocelesti. On the pitch, Sarri has certainly implemented his vision of football over this first year. The quest now lies in further developing and enhancing these tactics in order to reach the elite of Italian football alongside the likes of Internazionale and AC Milan. Consequently, their recruitment in this transfer window now becomes essential in order to make this next step. 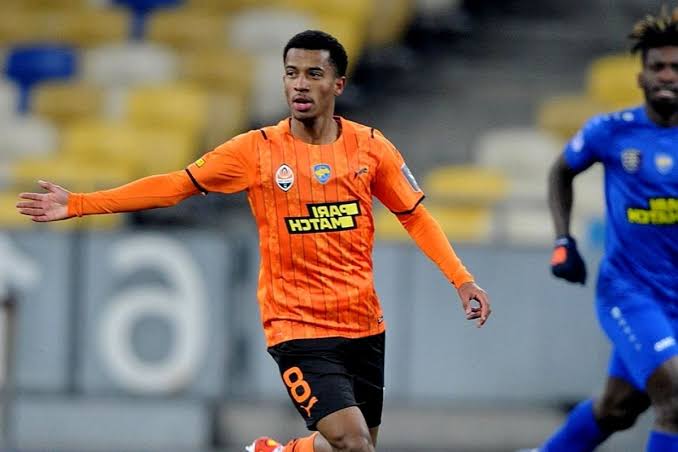 With the aim of improving the team’s performances, the board now looks for players that will elevate the squad’s quality while still adhering to Sarri’s tactics. Marcos Antônio is the first step in this journey, with the 22-year-old officially signing a five-year deal with Lazio this summer. For a fee of €8 million (plus €2 million in add-ons), the Brazilian midfielder joins Sarri’s side after three years with Shakhtar Donetsk.

As a long-term replacement for club legend Lucas Leiva, Marcos Antônio rejuvenates this Lazio side, who had the third-oldest average age in the 2021/22 Serie A. Nonetheless, the Brazilian still brings plenty of quality and UEFA Champions League experience to Le Aquile’s midfield. With over three years of European experience, Marcos Antônio has significantly developed and refined his style.
After joining Estoril Praia from Athletico Paranaense’s youth academy in late 2018, Antônio joined Shakhtar Donetsk only five months later. It was in Ukraine where the Brazilian blossomed into an intelligent and technical midfielder with tremendous potential. As a result of his small stature (166 cm), Marcos had to rely on characteristics such as awareness, mobility, and technique. Consequently, these are now cornerstones of the young midfielder’s game, traits that make him such a desirable and unique talent.
Marcos Antônio is predominantly right-footed, and with a low centre of gravity, he is able to quickly get in and out of tight spaces with incredible ease