https://pbs.twimg.com/media/Ez7YPOHXoAMJYc4.jpg
Lazio are struggling under new manager Maurizio Sarriafter their latest result in the Italian Serie A. The capital club needed a late penalty to rescue a 1-1 draw at the home of Torino earlier this week in the fifth round of games in the Italian Serie A this season. The draw at Torino means that Lazio go into the Rome Derby clash with AS Roma this weekend on the back of a four-game winless run. 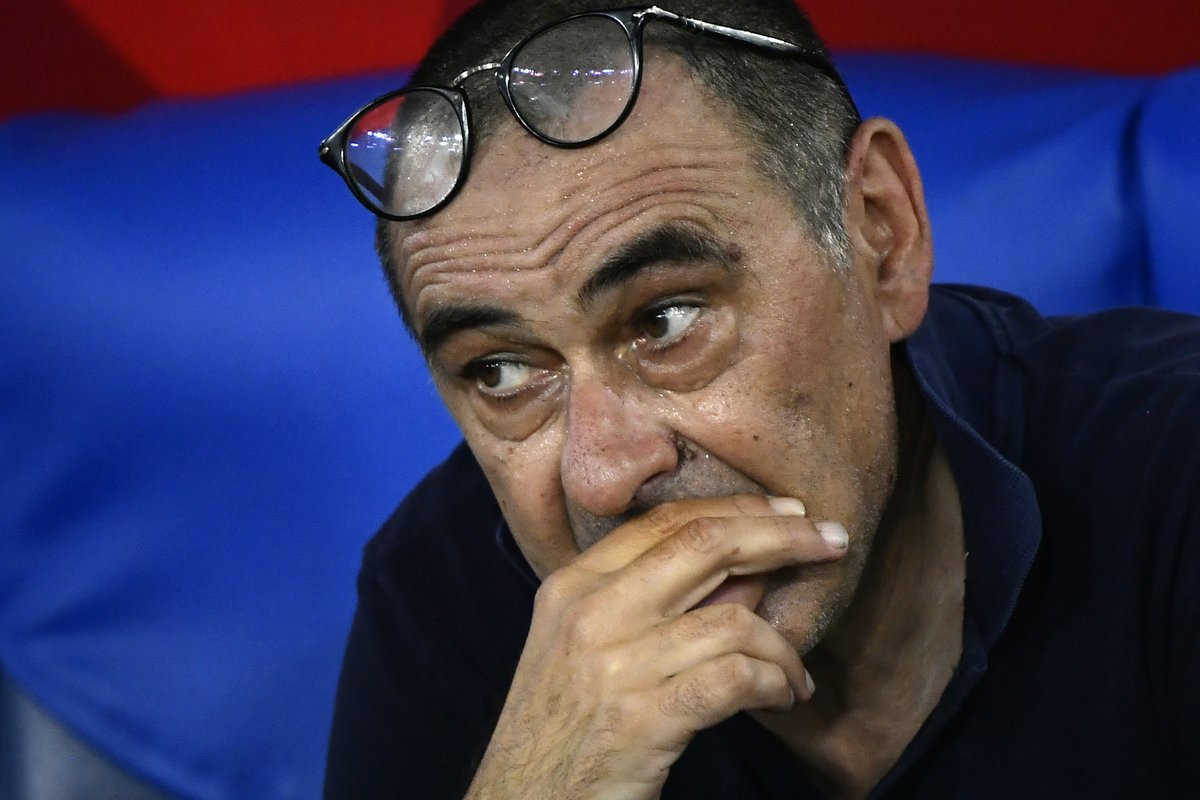 Ex-Napoli, Juventus and Chelsea manager Sarri was given a two-year deal in the summer as the man to replace Simone Inzaghi who did a good job with the capital outfit until Inter Milan came calling this summer. Inzaghi left Lazio to replace compatriot Antonio Conte and his spot was taken by another Italian tactician in Sarri.

Sarri began his managerial reign at Lazio with two consecutive league wins to lead the club to the top of the table until things fell apart. Lazio started to struggle from the third round of games in the Italian top flight this term. For their own third round game, they were beaten 2-0 at the home of AC Milan thereby losing their place at the top of the league standings.
The Milan game started the current run of four matches without a win in all competitions. Sarri will need the experience of players like Ciro Immobile, Lucas Leiva and Pepe Reina to get through this poor run. An home defeat to Roma will definitely heap more pressure on Sarri.
Veteran midfielder Lucas Leiva has been an important player in the midfield department since joining the club from Liverpool several years ago and his wealth of experience could be vital to the recovery from the present poor run. Lucas Leiva has been involved in all the six Lazio games in all competitions this season.